We have 105 Spas near St Albans, Hertfordshire 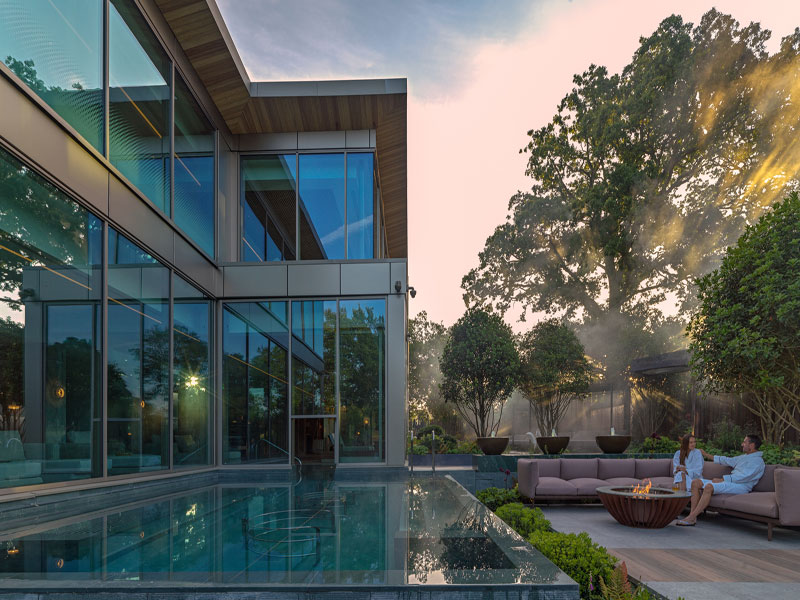 The idyllic  Cottonmill Spa at Sopwell House features everything you need, including: UK's first private members …

A Home Counties paradise which provides the perfect backdrop to a relaxing break from the norm, the Luton Hoo Hotel really … 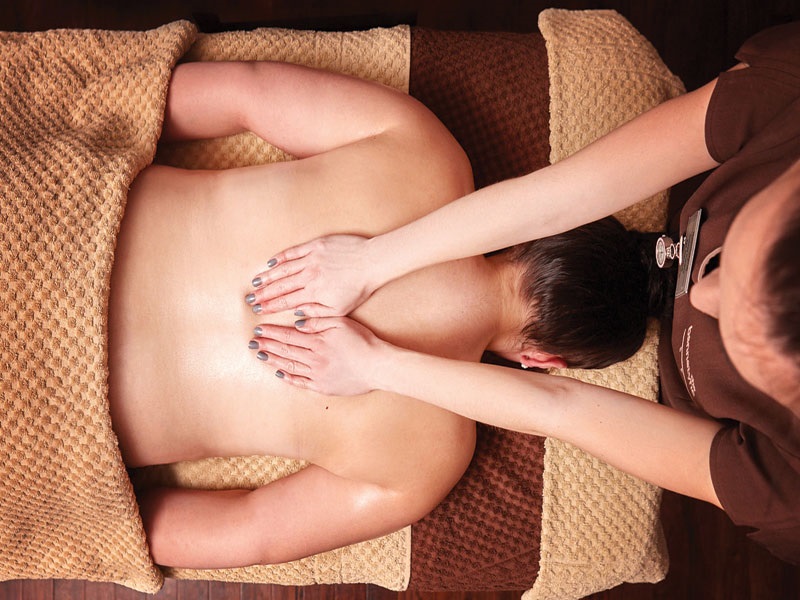 Make the most of everything that’s on offer at Bannatyne`s Luton. You can enjoy : Premier health club group …

A real treat awaits you at the exclusive Champneys Tring, the group’s flagship spa . Enjoy some of the best services …

A delightful retreat that's ideal for day visits and overnight odysseys, Hanbury Manor has everything you need for the perfect … 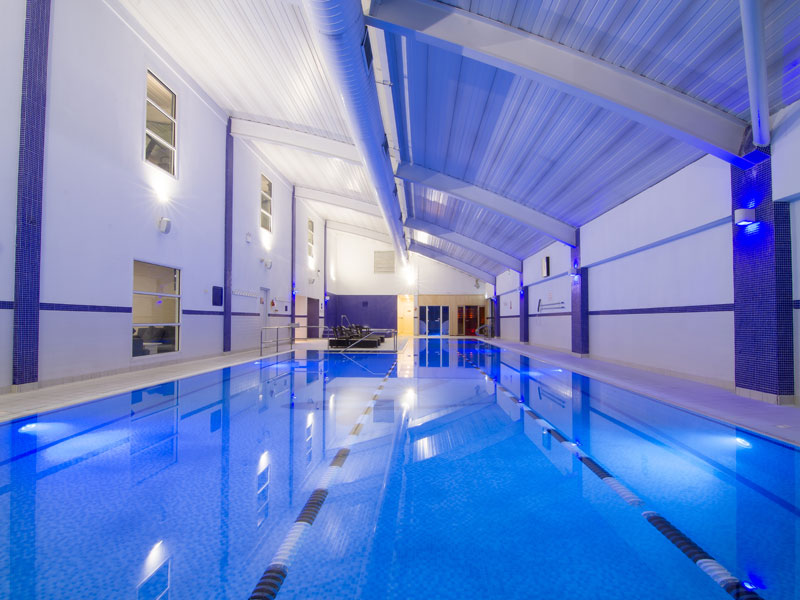 The superb Bannatyne Chingford is ready and waiting to relax you. It offers many impressive features, including:  … 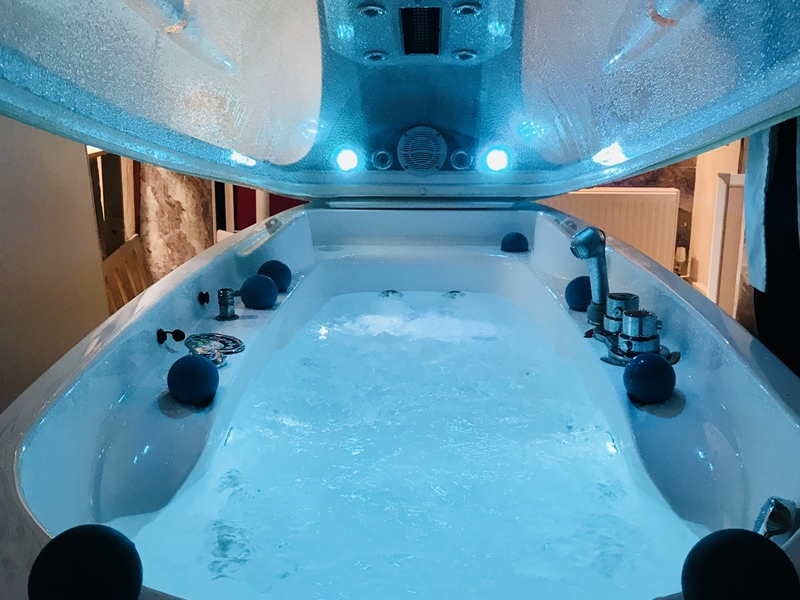 Enjoy an exotic and refreshing spa experience right in the heart of the capital. This spa will leave you feeling totally … 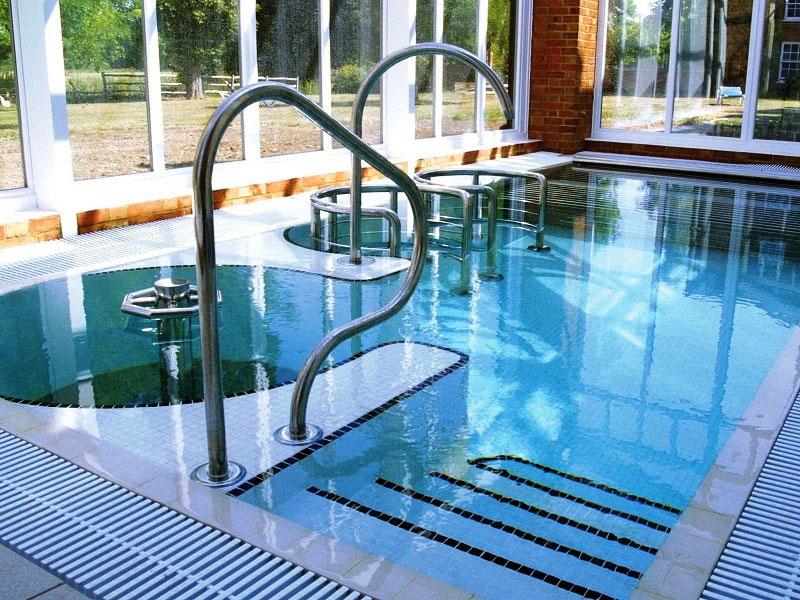 Find real peace and relaxation at the luxurious Champneys Henlow. Enjoy state of the art facilities which include: … 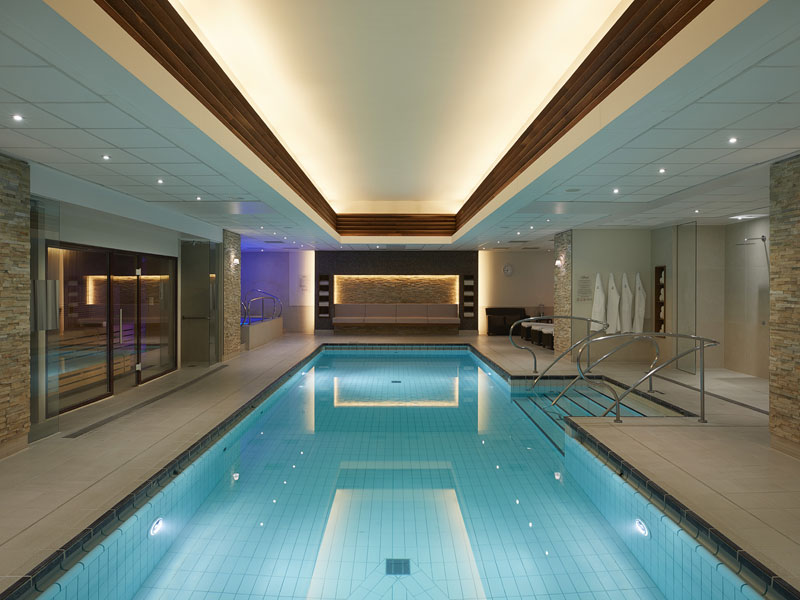 The majestic Landmark London is perfect for anyone who feels the need for city centre decadence . It has a number of impressive …

The superb  Paddington Boutique SPA at the Chilworth Hotel has a great many features to offer, including: A few …

The exquisite St Pancras Hotel is a must-visit. It boasts many impressive features , including: Breath-taking Victorian … 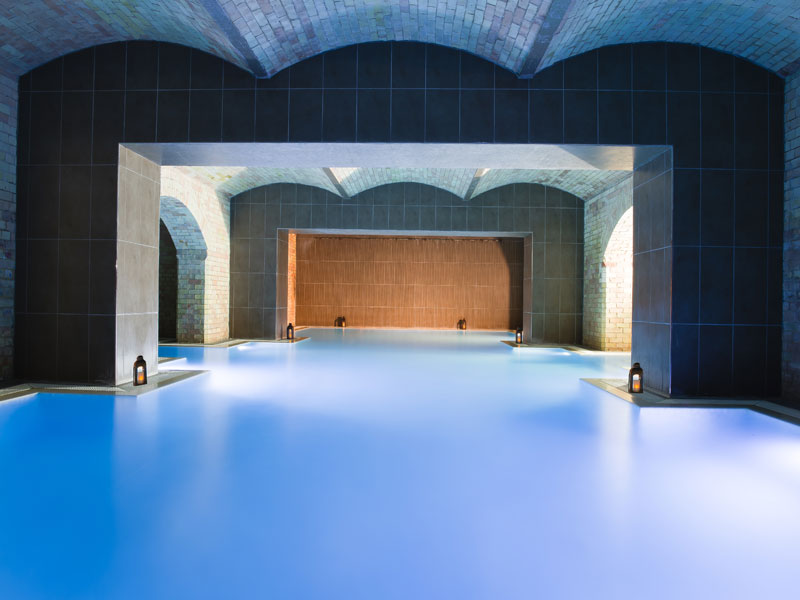 Bannatyne Fairfield offers you the chance to escape and enjoy the spa facilities. You can enjoy: Premier health club … 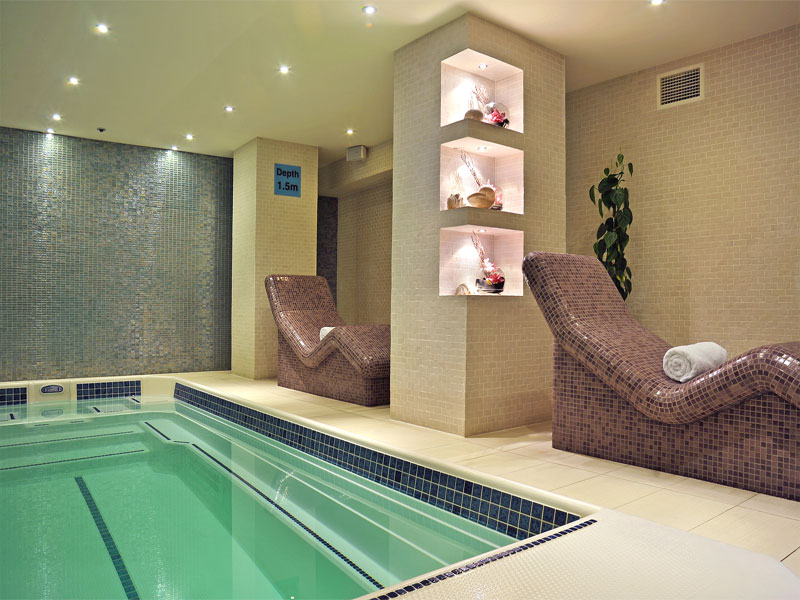 Spa at The Montcalm Hotel

The excellent Montcalm London Marble Arch is hugely impressive , boasting features such as: A short walk from Hyde Park … A beautiful hotel that's located in one of London's most fashionable districts, the K West Hotel brings you an air of … Here at last is a classy retreat that will soothe you from the moment you walk through the door.  It offers a wide range … 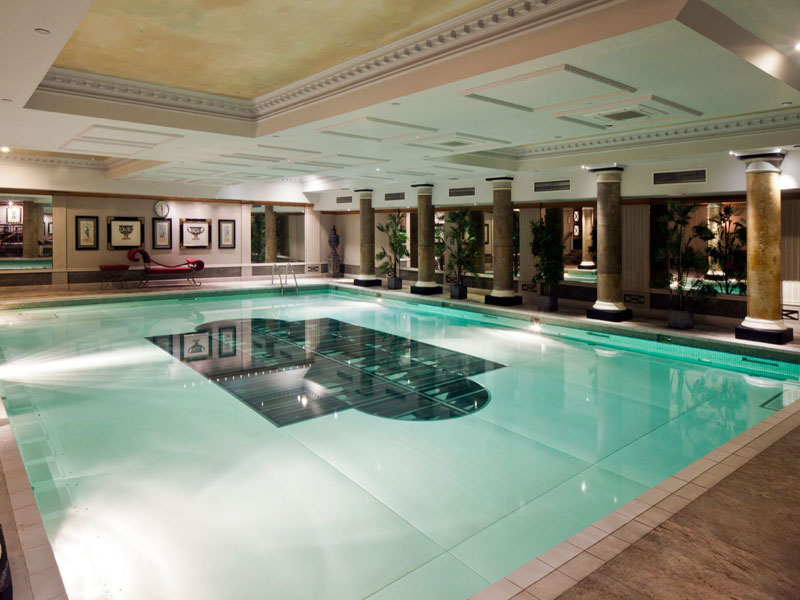 If you like luxury you’ll love the Rena Spa at NYX Hotel London Holborn by Leonardo Hotels. It boasts many features, …

The Baglioni Hotel London offers a delicious Italian-style experience in the heart of London.  It boasts a number of … 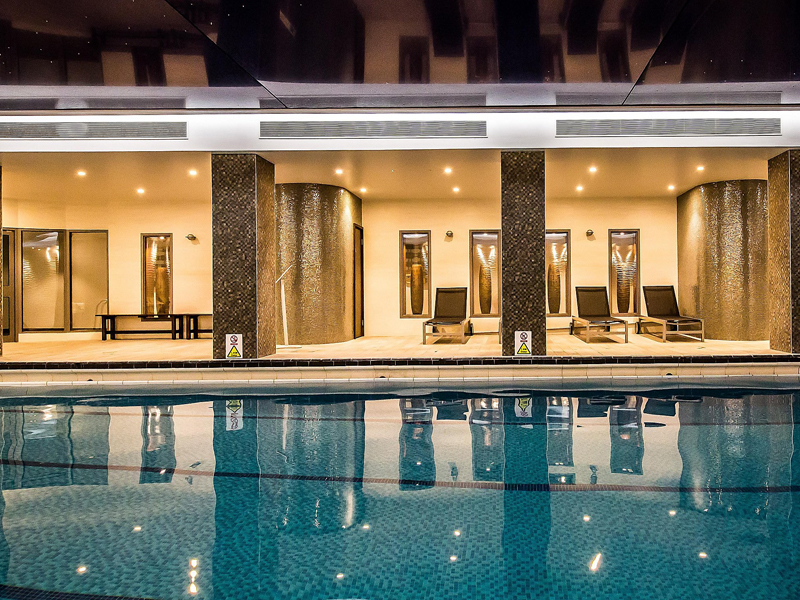 Imagine Health and Spa at the Holiday Inn

The splendid Imagine Spa Kensington is a must-visit retreat. It boasts many excellent features, including: Iconic location … The May Fair, A Radisson Collection Hotel

A superb location in the heart of central London means The Mayfair Hotel is a must-visit for lovers of luxury .  There … 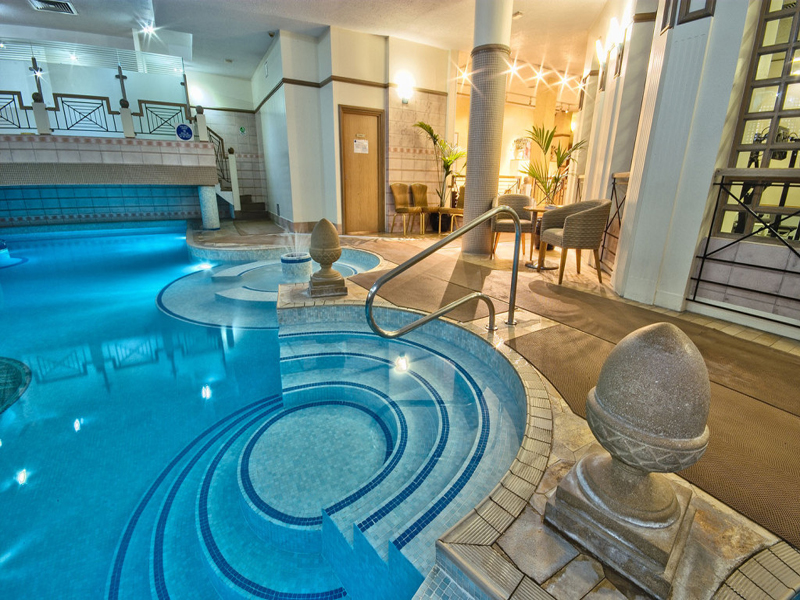 Savour a luxurious stay in the very heart of London.  The Rembrandt Hotel gives you everything you need for a sensational …

The superb Rena Spa at Leonardo Royal Hotel London St Paul's has all you need for relaxation . It offers many features, …

The Radisson Blu Edwardian is one of those high class hotels which everyone should visit at least once. A stay here will … The Chelsea Health Club and Spa

The stylish The Chelsea Health Club and Spa is a must-visit . It has many wonderful features, including:  Ideal … The superb Rena Spa at Leonardo Royal London City is a must-visit. It has many wonderful features, including: Close to … 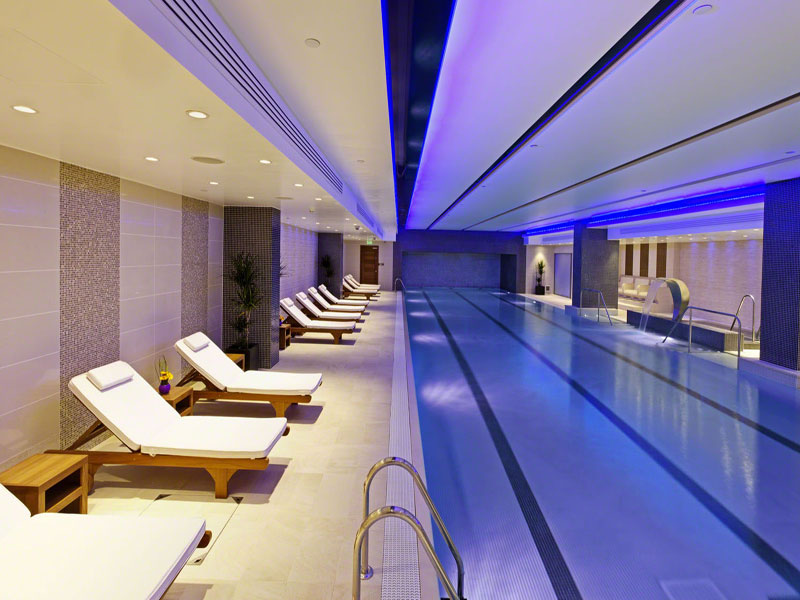 The sublime Burnham Beeches Hotel is perfect for relaxation . It boasts many excellent features, including: Set amid …

This majestic hotel is perfect for seekers of both peaceful serenity and urban excitement.  Located in historic Battersea, … The idyllic PURE Spa Canary Wharf is a must for lovers of luxury . It boasts many features, including:  Perfect …

There are so many good reasons to visit the Radisson Blu Edwardian New Providence Wharf, including a location to sigh for …

The Sir Christopher Wren is a retreat that everyone should try. It has so many wonderful features , including: Located …

Everything you need for an unforgettable experience can be found at the majestic Crowne Plaza Marlow.  This stunning … The iconic Intercontinental London – The O2 boasts many impressive features, including: Ideal location for seeing … The luxurious Crowne Plaza Docklands is a masterpiece. It boasts many features, including:  Iconic location in … The dramatic Down Hall Hotel is the perfect spot for journeys of bliss . It offers a wide range of features, including: …

There is a real sense of luxury at the gorgeous Weybridge Day Spa.  This idyllic Surrey retreat is able to boast a … Escape for a spa day at Bannatyne`s Milton Keynes. Unwind with expertly administered treatments. More than a health club … Enjoy a luxurious break in Surrey at this impressive hotel and spa. Treat yourself to some relaxing time in the spa and …

There is something wonderfully relaxing about life at the Macdonald Berystede Hotel and Spa.  This sumptuous Berkshire … There is something extra special about time spent at the magnificent Bexleyheath Marriott Hotel.  It has a number …

The exquisite Pure Spa Purley is a must-visit for lovers of luxury. It has many excellent features, including: Close … There is something special about Bannatyne Orpington, where relaxation is always on the menu. It boasts a number of impressive …

The exceptional Spa Bexley plays host to a number of impressive features, including: Easily reached from the main A2 …

The magnificent DoubleTree by Hilton St. Anne’s Manor is a sumptuous retreat . It has many excellent features, including: …

If you like peace and quiet and a highly relaxing atmosphere, this is undoubtedly the retreat for you. The Oxfordshire … Whisper it quietly, but there's a stunning hideaway waiting to be discovered in the gorgeous Oxfordshire countryside.  …

The majestic Easthampstead Park is a delight . It has many superb features, including: Set amid 60 acres of attractive …

There's a world of indulgence and comfort waiting for you at the gorgeous Rowhill Grange.  This wonderfully tranquil …

Escape to Bannatyne's Chafford Hundred and relax with expertly administered treatments. You can enjoy: Premier health … If you're looking for a modern retreat with all mod cons and a wonderfully relaxing atmosphere , the Crowne Plaza Reading …

St. Albans is a beautiful city located in the commuter belt north of London, England. Its convenient location is perfect for those looking for a serene spa getaway away from the hustle and bustle. St.Albans is a city of rich history, which can be seen at the Verulamium Museum which displays artefacts from the city's Roman past, including mosaics and the Sandridge Hoard of gold coins. Its cathedral is centuries old and features medieval wall paintings. Verulamium Park is the perfect place for a stroll, boasting ornamental lakes and the remains of the city's ancient Roman wall. In the evening, catch a show at the Roman theatre which dates back to the 2nd century. Take in all this splendour whilst staying at one of our exquisite range of spa hotels. You won't be disappointed. Imagine Health and Spa at the Holiday Inn, Kensington