There's plenty to do and see - in and out of a spa - in the UK's second biggest city. Birmingham doesn't sound like the most zen-like place to go for a chill out break, after all, it's an industrial city and not immediately associated with calm and peace. You'll be pleasantly surprised with what you find when you stop over, though.

The west Midlands is a fantastic area for unspoiled countryside, and the Lickey and Clent Hills aren't too far from the action. There's also a surprising 8000 acres of public parks and gardens in and around Birmingham. You have to pay the gorgeous Cannon Hill Park a visit if you're looking for green space, and a trip to the Birmingham Botanical Gardens and Glasshouses or the pretty walled garden at Castle Bromwich Hall is bound to do wonders for your inner calm.

Canals and historical buildings are all around the city if you want to get a real feel for the background to Birmingham while you're there. If you're staying a while, and want some real English culture and history, you're close enough to places like Stratford-upon-Avon for the famous theatres, Shakespeare's birthplace and the adorable Anne Hathaway's cottage.

The city itself boasts the Birmingham Royal Ballet (formerly known as Sadler's Wells) and the not-to-be missed Jewellery Quarter which dates back well over 250 years and is a designated heritage site as well as home to over 100 specialist jewellers.

Museums like the Birmingham Back to Backs, the Birmingham Museum and Art Gallery and historical buildings complement the vibrant, modern city that's bustling with fabulous places to flex your credit card - Selfridges and Harvey Nichols for starters!

In the city that's recently started it's very own 'Food Fest' every October, there's bound to be something for all types of foodie to enjoy. The Birmingham Food Fest is an event that celebrates the diversity of Birmingham's food, so it's a must if you want a gastronomic treat as well as a spa break.

There are more students in Birmingham than in any other city in the UK outside London, so it's hardly surprising that the nightlife is vibrant and energetic. Everything's catered for here from bars and clubs to theatres, concerts and comedy. Not forgetting the City of Birmingham Symphony Orchestra and Birmingham Royal Ballet for culture vultures...

For clubbers, there's plenty of choice - Gatecrasher Birmingham with its four clubs in one venue, Hed Kandi and Superstar Boudoir nights is a must-visit for serious clubbers, and Miss Moneypenny's is hard to resist. Or you could head off to the Legendary Q Club which puts on regular events like Cream and Raveology in the old Methodist Central Hall on Corporation Street. The Q Club was brought back to life in 2007 and the impressive building has a total of seven rooms - including the Chapel, Loft and fantastic Main Arena.

Mechu is a sophisticated bar, club and grill on Summer Row that's ideal for a more laid back night on the town. It's laid back and trendy, the bar decor is all exposed brickwork, candles and fabulous purple timber flooring, and you can enjoy cocktails, wine and champagnes, or a beer or two if it takes your fancy. Move into the club for a bit of VIP treatment, the posh Champagne Bar and private booths - and not to mention an eclectic, stylish music selection to keep you in the clubbing mood all night.

If you like your nights out to be massive, you'll love the Oceana entertainment venue with its five bars and two clubs, all with a completely different atmosphere. The venue also hosts the famous Jongleurs comedy nights, and it's a favourite with celebs so you might spot a few famous faces in the VIP area.

For a night out with a bit of a difference, the Grosvenor G Casino on the Fiveways Leisure Complex might be up your street... and not just if you fancy a bit of a gamble. They also hold live entertainment nights every Friday and offer free parking along with everything you'd expect to find in a gambling emporium.

Music lovers will already know about the Birmingham NEC, O2 Arena and LG Arena but if you feel like investigating Birmingham's own music scene, try 'Birmingham's Best Rock pub' - the wonderfully-named Scruffy Murphy's on Newton Street, catering for anything from classic rock and ska to punk and thrash metal, they also do food and some great beers. Or you could head towards West Bromwich and visit the arty The Public for live shows and bands.

The Hare and Hounds in Kings Heath is another music and entertainment Mecca, with a live music offering that covers all genres as well as comedy nights, vintage fairs, spoken word events and even quizzes.

You must get over to the Jewellery Quarter if you're in Birmingham, just to see it even if you don't have the credit card limit to be able to splash out. It's said that around 40 per cent of all the Jewellery made in the UK comes from here, and you'll find over a hundred specialists and craftspeople at work. You could indulge in something ready-made or even commission your own piece. The Quarter is also home to Europe's largest School of Jewellery, and some examples of the work are often on display at the Royal Birmingham Society of Artists, St Paul's Square and the Museum of the Jewellery Quarter which is on Vyse Street.

The best-known shopping centre in Birmingham is undeniably the Bullring...it's right in the heart of the Birmingham action, and choc-full of designer and high street shops that will tempt the money out of your bank account in no time. It's one of the UK's biggest shopping centres, and is also home to Selfridges which comes complete with a food hall that's hard to resist.

For some upmarket style, The Mailbox is the ideal place to spend some time indulging yourself. Not just home to top shopping and designer fashion (Emporio Armani and Hugo Boss just for starters) there's also luxury hotels, spa and salon facilities, bars and cafes to chill out in as well as a Harvey Nichols to peruse...

For a pretty place to do your retail therapy, check out the hand-painted ceiling of the Piccadilly Arcade, which is just off New Street. Best for independent and specialist shops, it's also something of a fashion hotspot and there are some high end jewellers there too. If your manicure needs a top up there's also the Marco Benito nail bar.

If centres aren't your style, the main shopping streets are New Street, Corporation Street and High Street, with Martineau Place another place to pay a visit just off of Corporation Street. There's also an excellent food curt, in the Pavilions Centre close to High Street. 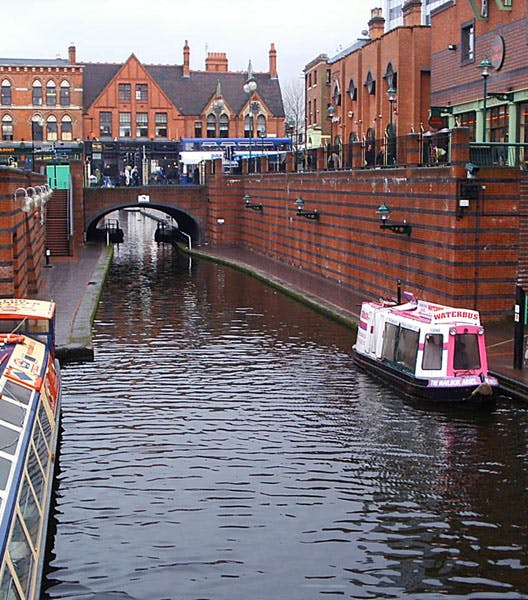 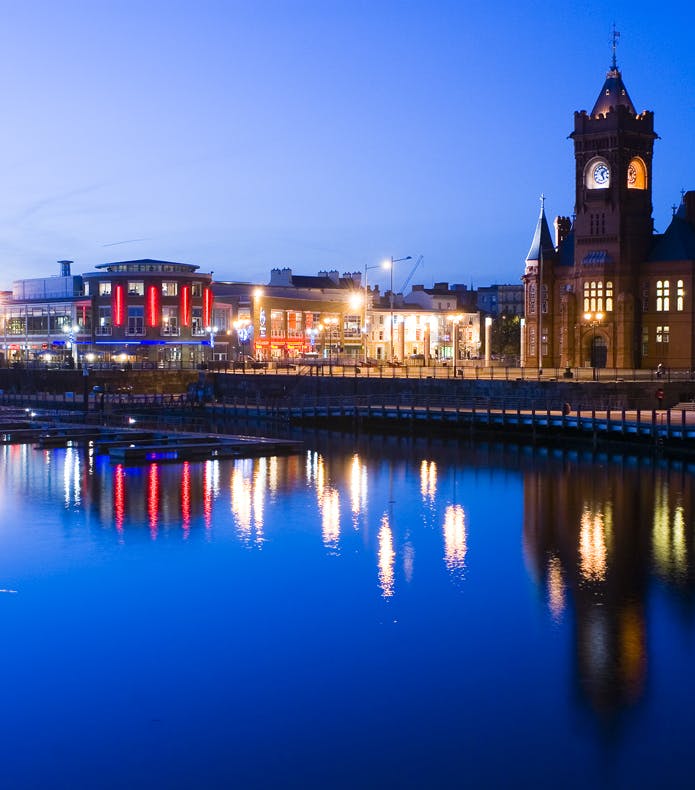 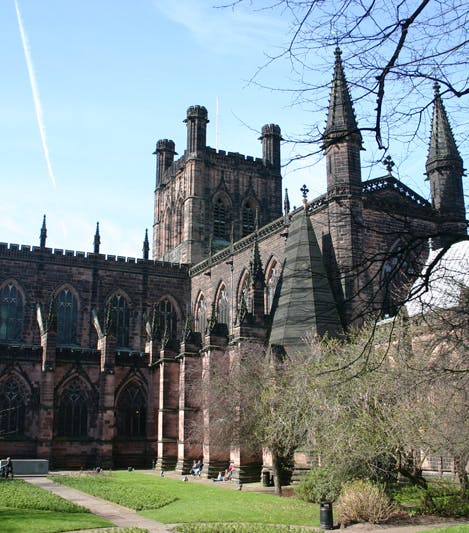